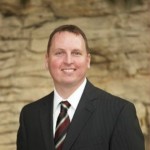 A 20-year veteran in the employment services industry, Mr. Windmiller has spent the past thirteen years with NEXTAFF.  He has served as the COO since the company’s founding.  While leading operations for NEXTAFF, Mr. Windmiller has been responsible for the recognition received from both Inc. 500 and Ingram’s magazines for fastest growing companies.

See all of our videos in our resource center