Top Staffing Agency in Beaverton, OR

About NEXTAFF of Beaverton, OR

WHAT WE DO: We help businesses Recruit, Screen and Hire quality talent using a proprietary process, called X-FACTOR™.  At NEXTAFF of Beaverton, we work closely with small, medium and large companies that directly support the United States Government, including (but not limited to) the Department of Defense. We have over 20+ years DoD operations experience and can help with small to multi-billion dollar government contract bids, providing manpower to your organization as well as awarded contracts. We’re very knowledgeable of various aspects of the DoD realm from security clearances, infrastructure, processes, and many more. NEXTAFF of Beaverton can also support your companies in various US States where we have a presence – we have offices in over 20 US States and NEXTAFF is growing!

WHO WE WORK WITH: We work with small, medium and large businesses that:

WHO WE EMPLOY:  We employ talent in a variety of business sectors that are seeking temporary, temporary to hire or full-time employment.

WHY IT WORKS: The Nextaff X-FACTOR™ is a proven hiring system that uses quantitative data to back it up.  Our method can improve your quality hire results by up to 100%!

WHAT MAKES US DIFFERENT: Nextaff has developed a proprietary recruiting method called X-FACTOR™. There are over 40,000 “staffing agency” locations that sell “staffing”. Isn’t it time you gain an advantage and use a proven system to improve your talent?

HOW IT WORKS: We start with an introductory call then a Discovery process.  During that Discovery process, we will uncover what has worked and not worked in the past.  We will also discuss characteristics of your top performers.  From that information, we’ll prepare a custom X-FACTOR™ process for your business.

AWARDS/RECOGNITION:  As part of a nationwide franchise model, Nextaff has achieved many great milestones.

READY TO TALK? Feel free to connect with us below. To learn more about our services and how we can work with your organization, email Alvin at: amontances@nextaff.com

NEXTAFF of Beaverton, OR Team Bios 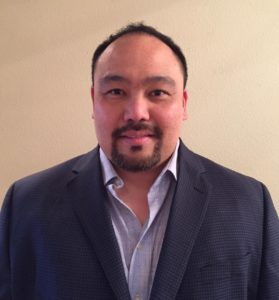 Alvin was born in the Philippines and raised in the San Francisco Bay Area. He lived in Italy for quite some time as well and enjoyed riding around town on his Harley- Davidson. During his younger years, Alvin was a National Ski Patroller in Alaska. He grew to love being apart of the patrol team and began to appreciate how wonderful it felt to lend a hand to those in need. Alvin wanted to continue his career path in an industry that would allow him to pursue his love and passion for helping others, hence joining the NEXTAFF Franchise. Alvin found that the staffing industry helped him develop his career building skills and gain experience in IT. He hopes to develop those same skills in his candidates. Alvin has been in the IT industry for about 20 years now and has worked his way up from Helpdesk to Sr. Network Engineer. Alvin is looking to leverage his experience in IT and apply it to the world of staffing. He currently resides in the Portland, Oregon area with his wife and only daughter. In his free time, Alvin enjoys spending time with his family; camping, whitewater rafting, kayaking, and anything else having to do with the outdoors.
Beth Bering - Business Development Manager

Beth was born in Portsmouth, VA and spent most of her early childhood living on the East Coast prior to moving to Tacoma, Washington when she was 9 years old. She attended Griffin College and Linfield College where she studied Business Management. Beth is a volunteer for Dress for Success Oregon and is also an active member of the Portland Human Resources Management Association, the Portland Women in Technology, and the PDX Veterans in Technology organizations. Her prior experience working as a Career Services Manager has allowed her the opportunity to assist companies with building their workforce while also helping job seekers achieve professional growth. Beth was excited about the new opening of Nextaff in Beaverton, Oregon and the opportunity to continue helping others. Beth now resides in Sherwood, Oregon with her husband and two children. In her free time, she enjoys yoga, kayaking, playing tennis, and traveling. She has lived in all four corners of the United States, but claims there’s definitely no place like home…the Pacific Northwest.