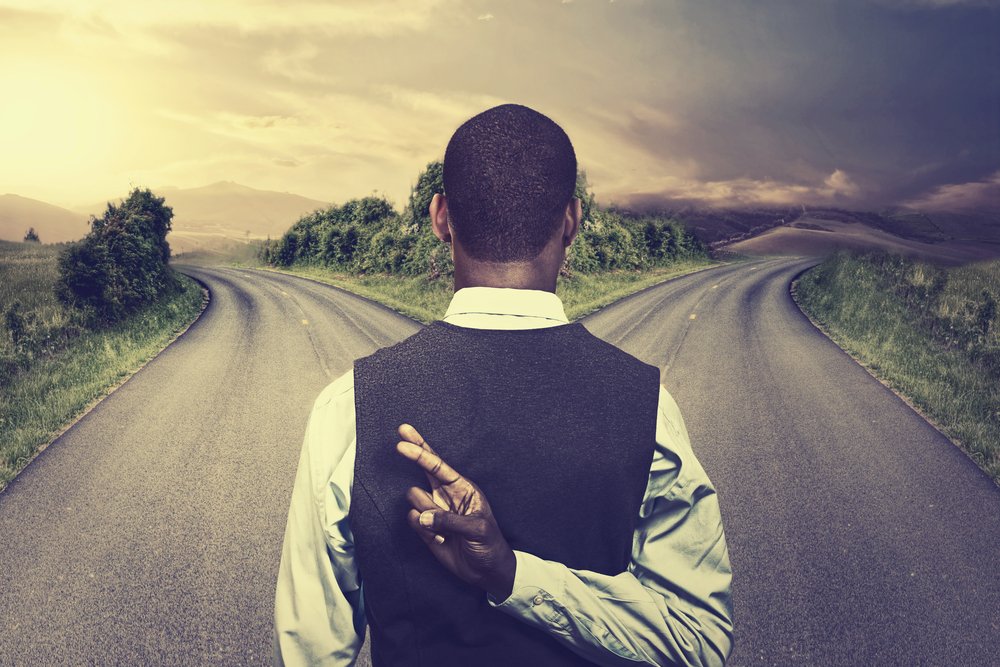 Why Lying on Your Resume Is Never a Good Idea

When you’re trying to woo a potential employer (and perhaps you’re lacking skills, experience, or the education needed for the job), lying on your resume can be a pretty tempting option. And if you’ve lied on your resume, you’re definitely not alone.

A CareerBuilder survey found that more than 75% of employers have found fibs on resumes. But lying on your resume really is a bad idea. Here are some reasons why, and what you should do if you’ve already submitted a resume that wasn’t exactly, well, honest.

Here’s why lying on your resume is a terrible idea:

You’re going to get caught.

This might seem obvious, but if you lie on your resume, there’s a very, very good chance that you’re going to get caught. Most job seekers lie about their previous job titles, education, skill set—even their dates of employment and their job responsibilities. What’s important to keep in mind is that it is incredibly easy for employers to fact-check your job application for accuracy—and honesty.

If an employer finds out that you’ve lied during the application process, your application will probably get tossed. But what happens when you’re already knee-deep in job interviews for the role? It could get worse, because…

You kill your credibility.

If a hiring manager finds out that you’ve lied, then you’ve effectively blown your chances of ever being considered for the job you’re applying for and any position that he’s trying to fill in the future. Plus, hiring managers tend to know one another, and you could get a bad reputation in your field for being an untrustworthy candidate. In turn, it’ll make applying for (and getting) any job down the road that much harder.

You’re going to have to continue lying.

Let’s say that you lied on your resume about previous job experience that you don’t really have, and the interviewer didn’t catch on. Fast forward a few months later to when you’ve gotten hired for the job, and a colleague casually asks you, “Oh, you worked at X Company? How did you like working with Mr. So-and-So?” See, the lies don’t necessarily stop once the interview is over. Lying on your resume means that you will most likely have to keep up the charade well after you’ve been hired for the position.

You’re always going to be afraid of getting caught.

Even if it’s not forefront in your mind, there might always be that little nagging feeling that, one day, you’re going to be found out by your boss or coworker. Not only is that an uncomfortable feeling, but it also doesn’t allow you to put the best you forward. Since you might feel on guard when communicating with colleagues, you’re not going to feel free to talk about things for fear that you might uncover your own lie to others.

You’ll be in over your head.

Let’s say that you lied about your education/experience, but your lie doesn’t get caught right away, and you get hired for the job. It’s going to become pretty apparent that you’re not qualified for the job when you can’t perform some parts of the position. Then, you’ll have to explain why you don’t have the knowledge or skills necessary to do the job. In the end, you won’t look like a competent worker, and you could lose the job, anyway.

You could get fired later on.

Even after you’ve been hired, lying on a job application is grounds for termination at any point in the future—even years later. Being fired can be a big X on your resume, and depending on how long you worked for the company, you probably won’t be able to use them as a reference. If you’ve been employed there for a while, getting fired could create an employment gap on your resume that might not be easily fixable.

So, what should you do if you’ve already submitted a job application that’s not entirely truthful? Here’s how to fix it:

Ask to submit an updated resume.

Let’s say that you send in your job application and immediately regret the untruth you’ve told. You can ask if you can resubmit your resume and state that this is a more updated version. You can say something like, “I reviewed my resume, and I realized that there was an error on it. Can I send in an updated resume?”

Warning: asking to send in your application again might set off some sirens in your interviewer’s mind. So make sure that your “updated” resume doesn’t vary widely from the one you previously sent in. While your new version should be as honest as possible, if you change company names (or take them out completely), it might raise an eyebrow. So edit your resume accordingly so that it’s truthful but doesn’t establish a sense of mistrust between you and a potential employer.

This might be the best option for a candidate who’s lied on their resume. By withdrawing your application from consideration, you can spare yourself some embarrassment and humiliation of having to explain why you lied. It also prevents you from having any potential problems down the road with your employer or being fired in the future.

While you could let your lie ride and hope that it never gets discovered, that might not be possible (or ethical). If you’re already in the later stages of job interviewing, you can take the chance and tell your interviewer what you lied about on your resume. Depending on the employer (and how big of a doozy you told), you may still be allowed to continue to the next round of the hiring process.

For more resume tips and best practices, visit our Talent Blog. And if you are looking for a new job visit our job board by clicking on the link below or contact us today!

Who is NEXTAFF? We are locally owned and operated staffing offices devoted to our communities, clients, and candidates throughout the United States. For more job tips and ideas, contact us. We are always hiring, so if you or someone you know is looking for work, check out our job board below and apply today! We are able to service all your staffing agency needs with local staffing offices in Sacramento-CA, Sonoma County-CA, Des Moines-IA, Raleigh-NC, Shawnee-KS, Topeka-KS, Detroit-MI, Kansas City-MO, Gulf Coast-MS, Phoenix-AZ, Miami-FL, Harrisburg-PA, Jackson-TN, Beaverton-OR, Pittsburgh-PA, North Dallas-TX, and Denver-CO.

Does Your Resume Have These Important Elements?

Your resume is the first impression a potential employer has of you. It doesn’t have to be a comprehensive document encompassing everything you’ve ever done.

Problem-Solving Skills to Help Make You a Better Employee

Remote work is becoming quite normal since the pandemic shut companies down and forced employers to consider work-from-home arrangements. Many businesses haven’t, and won’t, go